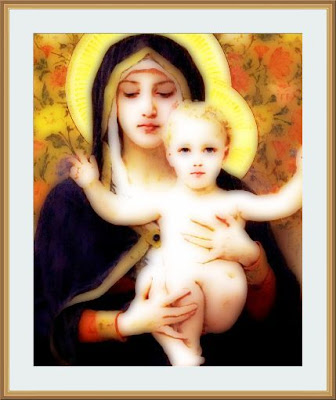 During research for this book, I studied under the supervision of Dr Margaret Mary Raftery, a specialist in medieval English in whom I found a kindred spirit.
Dr Raftery instantly recognised my need to resuscitate the then mainly dormant corpus of Marian praise poetry of ages past; an endeavour in which she actively supported me.

My search for twentieth century examples of Marian praise poetry led me to the United States, where at the Marian Library of the University of Dayton, Ohio, I was welcomed with infinite kindness, courtesy and hospitality as well as the utmost intellectual support by the staff, certain of whose members and associates are recognised world authorities on Mariology.

My thanks are due to the poets whose work was used in this research. The earliest Marian poetry we are aware of in English in its Anglo-Saxon form was composed in the seventh or eighth century by the poet Cynewulf, who drew heavily on the impressive rhetoric of the existing Latin and Greek songs of praise of the Blessed Virgin.

In the spirit of Cynewulf, the authors of the poetic utterance that comprises the bulk of this study are described in the title as "religious seekers", an appelation used in the contemporary terminology of the United States inter alia to describe women religious who make vows of lifelong poverty, chastity and obedience.
These seekers render themselves more freely available in the service of the spreading of the Kingdom of God. They are referred to in this study as nun-poets.

The work of a few outstanding exponents of the genre of Marian praise poetry such as Robert Southwell and the Victorian priest Gerard Manley Hopkins have been included.

This study was undertaken at a time when there are signs of a resurgence of interest in the Blessed Virgin Mary. The concern has a universal rather than a religion-based orientation.
"Two thousand years after the Nativity, the mother of Jesus is more beloved, powerful and controversial than ever,"  proclaimed the front page of Life Magazine's Christmas 1996 issue.

'Images of Mary' serves as an introduction to the work of the nun-poets, much of which deserves further individual consideration.
It is hoped that it will open doors for future scholars to explore a school of literature that deserves far greater exposure than it has apparently received for several decades.

Please refer to the following link for 'Images of Mary'

WhittleLA.pdf - University of the Free State

With thanks to University Free State, South Africa, Life Magazine and amazon.com

Posted by Catherine at 6:35 AM No comments: