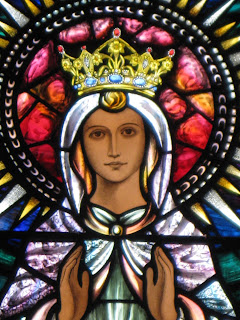 Anglo-Saxon poetry
Most of the Anglo-Saxon poetry which survives from the first millennium after the birth of Jesus Christ dates from the eighth and ninth centuries.
It is not clear whether it was a matter of less such poetry being written, or less being preserved or discovered, but it seems likely that the latter is the case and that we are fortunate to have any Anglo-Saxon poetry to refer to at all.
Sampson (1970:1) records that

... the fragments we possess are not those of a literature in the making, for the poets ... knew what they wished to say, and said it without any trace of struggle for word of form. Whether what survived is the best we have no means of knowing. Beowulf comes down to us in a single manuscript. Three other ancient volumes, the Exeter Book, preserved in the Cathedral library at Exeter, the Vercelli Book, strangely washed up out of the wrecks of time into a Lombard Haven at Vercelli, and the Junian manuscript given to Oxford by Dujon, a friend of Milton, contain nearly all the rest of the Old English poetry we know. That is to say, if four damaged or precariously preserved old books had gone with the rest into destruction, Old English poetry would have been merely something to guess at.

Though limited in bulk, the corpus of Anglo-Saxon poetry contains sections which may be considered as constituting a noble preamble to mediaeval poetry in praise of the Virgin Mary and an impetus for its continuation.

Anglo-Saxon poetry in praise of Mary of Nazareth
There are only approximately 30 000 lines of extant Old English in the collection of extant Old English in the collection of Anglo-Saxon literature (Bessinger 1980: xiii -  v).
If this writing is taken as a guideline, it is clear that Christianity enjoyed a golden age in Anglo-Saxon times, for although the corpus of surviving Anglo-Saxon poems includes inter alia fictional narratives, historical accounts, proverbs and maxims, the vast majority of Anglo-Saxon poetry treats of religious themes, extracted from the Old and New Testaments.

Dorothy Whitelock (1980: 99 - 100) dates the flowering of the faith of the Anglo-Saxon Christian to the eighth century, stating:

A little before the year 700 all England had been won, nominally, to Christianity, but it is to the eighth century that one must assign much of the steady, unspectacular advance which brought a deeper knowledge of the faith to the ordinary layfolk all over the land.

The religious poems in the corpus of extant Anglo-Saxon poetry do not only bear witness to the poets' adoration of God.
They also give evidence of a profound devotion to the saints, thus indicating that the Anglo-Saxon Christians' faith included a veneration for those people whose lives and deaths bore witness to their commitment to God's laws.
This disposition is epitomized inter alia by the protracted narrative Elene, a poetic account by Cynewulf, the first known Anglo-Saxon poet to produce written instead of oral poetry, of the avowed finding of Christ's Cross on Golgotha by St Helena, the mother of the Emperor Constantine the Great.

The context of the poem makes it clear that this praise is awarded not in order to put Helena into a category above the rest of humanity but to praise her simply for the heroic obedience to the Will of God displayed by her in the situation in which she found herself; that of Empress and Leader.
By the same token Mary of Nazareth is honoured for her obedience to God's Behest in her own situation; that of a young woman, living in Galilee, who was invited by God to become the Mother of the Messiah.

Of Cynewulf we know little beyond the fact that the dialect he employs places him as a native of Mercia, the West-Midland of England of the early ninth century, and that he was probably conversant with Latin, since not only the contents, but also the grammar, structure and sometimes the syntax of his poems all show a marked similarity to Latin originals (Opland 1980; 157).
The other poets who wrote about religious themes at the time were probably equally conversant with this language.

Photograph by Catherine Nicolette - with thanks to the glass artist
Posted by Catherine at 10:59 AM No comments: