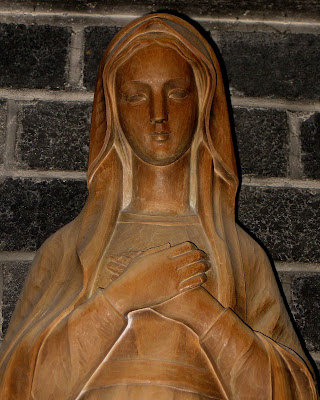 Dayton, Ohio
Dr Luky Whittle did her research for her PhD at Dayton Ohio, which houses the largest deposit of Marian documents in English in the world.
This illustrious University has The Mary Page, which has gathered and organised a wide variety of poems about the Virgin Mary.
Their vision is to show that poetry can be both a reverent and creative way of giving honour to Our Lady.
Through the years, many Christians have used their literary talents to honour Mary of Nazareth through the creative medium of poetry.
Interested in Marian Poetry?
Interested in finding out more about the mother of the Luminous Jesus Christ?
Why not visit link
http://campus.udayton.edu/mary/resources/poetry/poetry.html
Posted by Catherine at 6:43 PM No comments: 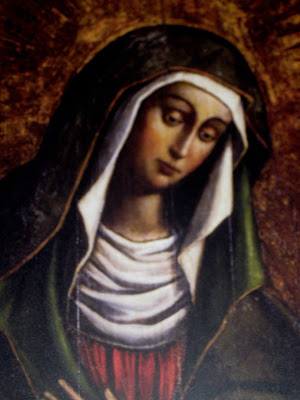 The famous and revered spiritual writer and Trappist monk and poet Thomas Merton is recognised as one of the major spiritual fathers of our times.
He immersed his life in prayer and solitude; yet he also had great understanding of the busy marketplace of the world we live in.
Merton wrote a series of Marian poems as beautifully collated in The Mary Page.
See links
http://campus.udayton.edu/mary/resources/poetry/merton.html

http://campus.udayton.edu/mary/resources/poetry/merton02.html
Posted by Catherine at 6:33 PM No comments: 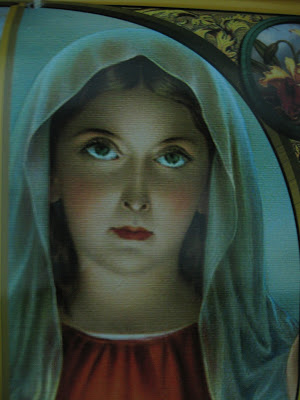 Newsflash Marian Poetry;
Researching Marian Poetry?
Enjoy reading about Mary of Nazareth?
Looking to find our more about the Mother of God Incarnate?
Why not visit link
http://365rosaries.blogspot.ie/2010/05/marian-poetry-silence-of-mary.html

Posted by Catherine at 4:09 PM No comments: 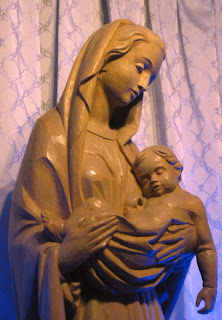 Cynewulf
The poet Cynewulf had influence on other writers, notably J.R.R.Tolkien.
Tolkien was influenced by the following couplet from Christ I (lines 104-5), which inspired his portrayal of Middle-earth and his character Earandil (1)


In describing Mary as maegoa weolman (445) [the flower of maidens], he establishes that, though she was but a simple girl among all other girls, she achieved so bountiful a flowering of her potential that it raised her above all other women.
By juxtaposing the term maerre meowlan (446) [of the glorious Virgin] with maegoa weolman, Cynewulf emphasises the contrast implicit in the elevation of a simple girl to a woman of majesty once God's choice of a Mother for His Son fell upon Mary.

The Christians of Cynewful's era appear to have regarded God's choice of Mary to bear the Messiah an exalted mark of distinction.

Christ I
As may be expected in view of the major role played by Mary in the Incarnation of Jesus, Christ I - The Advent Lyrics devotes a great deal of space to her praise.
The poet introduces her with a spontaneous simplicity, at once poignant and naive, as he writes:

The sensitivity with which the poet describes the Blessed Virgin's chastity;
þæt wæs geworden butan weres frigum (37), bears witness to the high premium Anglo-Saxon Christians put on purity and highlights the poet's own deep reverence for Mary of Nazareth.

In the second section of Christ I the poet formally observes all the proprieties involved in the matter of correct address, as he launches into a lofty panegyric in praise of Mary, reverently addressing her as follows;

The poet calls on Mary of Nazareth to arece us þæt geryne: explain (to humanity) the enigma (74) of her conception of the Lord Jesus Christ and rejoices that God's Trust in her has been amply justified (82-85).
The connotation invoked by the claim that treow (82) weorðlicu wunade (83) passes beyond the conspicuous fact that God reposed confidence in her, as it suggests an Image of Christ, at once human and divine, Who in His Divine Capacity reclines in Mary's womb as a trustful and powerless infant.

As may be seen, the keynote of extant Anglo-Saxon Marian poetry was a solemn dignity, which indicates that writing was the province of an exalted, educated few, while the emphasis on religion appears to suggest that the writers were probably ecclesiastically educated and mostly clerics themselves.

Anglo-Saxon Marian Poetry
Extant Anglo-Saxon Marian poetry, though limited in volume when compared to the wealth of surviving mediaeval poetry in praise of Mary of Nazareth, is resonant and impressive, testifying that the Anglo-Saxon poet experiences a profound sense of reverence for the role played by Mary in the Life of her Son the Redeemer.
His generation unselfconsciously practises hyperdulia as it becomes the first to call her blessed in the English idiom.
While he does not claim for her any fallacious divine powers of her own, his faith in her power to mediate with God is practically unlimited.

Prelude to Mediaeval Marian Poetry
Anglo-Saxon Marian poetry has been dealt with in the recent blog posts as a prelude to mediaeval Marian poetry, which by comparison is considerably more voluminous but far less solemn in its approach.
Though in its ecclesiastical solemnity the Anglo-Saxon's poetry is less exuberant and spontaneous than much of the work of his mediaeval succesors, the extant corpus nevertheless endorses, for the Anglo-Saxon era and the centuries which will succeed it, Mary's prophecy that all generations will call her blessed in celebration of the manifestation of God's miraculous power in her life on account of her obedience to his call. 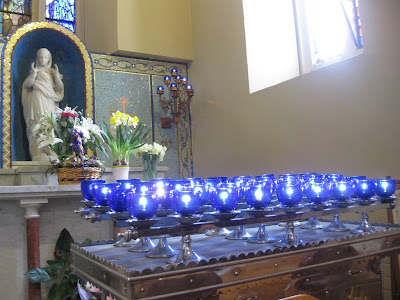 On the 13th of May 2013, the Feast of Our Lady of Fatima, Cardinal Jose da Cruz Policarpo entrusted the papacy of Pope Francis to the protection of Mary the Mother of God.
This was done during a Mass which was celebrated in the Shrine in Portugal.
The Feast Day marked the 96th anniversary of the first apparition of Mary to three young shepherd children in the year 1917.

See link on Our Lady of Fatima on Fox News
http://www.youtube.com/watch?v=u3mmdDo_oV4

Posted by Catherine at 1:41 PM No comments: