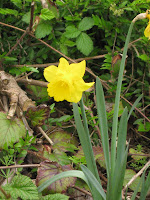 Luky;
Throughout much of the bimillennium that has passed since the Incarnation of Jesus Christ, Mary of Nazareth's share in the redemptive saga of her Divine Son has been celebrated in winged poetic imagery by poets who used their country's vernacular and the aesthetic literary ploys contemporary to their day in the composition of Marian praise poetry. As Clifford J Laube so movingly wrote,  "Poets in all ages since the beginning of the Christian era have been prompt in praise of the Mother of God," (1961:1).

Mary prophesies in the Magnificat
When Mary prophesied in the Magnificat that 'from now onwards all generations will call me blessed, for the Almighty has done great things for me, Holy is His Name...'(Luke 1;48 - 49), she must have been aware, by a holy clairvoyancy, of the host of poets who down through the years would take a leading and loving part in the fulfilment of that prophecy.

Form of rhetoric used by English poets to express Marian poetry
Depending on the literary period in which the poetry was written, the forms of rhetoric used by English poets to express their Marian poetry range from heavy, sonorous, highly structured heroic stanzas to Marian lyrics and free verse.The lyrics are often thoughts captured on the wing and translated into verse. The verse may not always be metrical, structured, or rhyming. They may comprise no more than two or three lines; however, they may nevertheless give scope for profound meditation, since reflection is brought about by composition content rather than by its form or length.

English lyric and the Middle Ages

When the English lyric came into its own during the Middle Ages, the writer's name was very seldom public knowledge. This may have been because the people were for the most part illiterate. Having heard a poem, they might have liked it, memorised it and recited it, having forgotten the author's name, until some student of literature came along and recorded the poem's contents - but not its author's name - for posterity.  Whatever the reason for the anonymity, the lyrics themselves embody a lightness of touch - as distinct from a lightness of significance - which manifests a sense of identification with Our Lady [1] on the part of the poets of the Middle Ages.

A Marian fragrance in legend and ballad
This prompted Laube to write: 'The appealing impress of the Madonna was throughout the Middle Ages the ever-present poetry of Europe, the gentle symbol of its social and religious solidarity. Under its pervasive spell, a Marian fragrance found its way into legend and ballad, ' (1961:11) This early history set the scene for the magnificent flowering of Marian poetry which occurred in the twentieth centry, and will be dealt with in further blog posts. 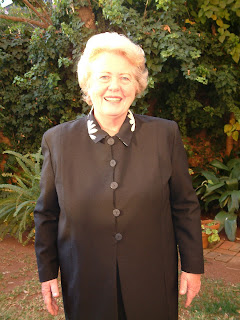 [1] *'Our Lady' is a term generally used. The term refers to Mary of Nazareth, otherwise known as the Virgin Mary; Theotokos; Notre Dame; St. Mary, the mother of Jesus; Madonna; the Madonna; Saint Mary; Mother Mary; Mary, the Mother of God. Mary was a Jewish woman of Nazareth in Galilee. She is identified in the New Testament  [Mt. 1;16, 18-25] [Lk. 1;26-56], [2; 1-7].Christians of the Catholic Church, the Eastern Orthodox Church, Oriental Orthodox Church, Anglican Communion and Lutheran Churches believe that Mary, as mother of Jesus, is the Mother of God and the Theotokos, literally Birthgiver of God.


Posted by Catherine at 2:17 PM No comments: 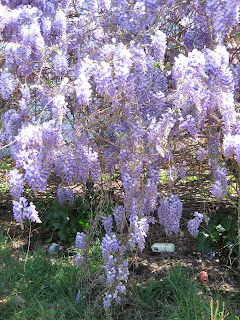 A selection of Marian praise poetry with the title 'A Silence full of bells' was compiled and presented by Little Flower Press in Virginia, South Africa in 2000. Dr. Margaret Mary Raftery, published author and specialist in Medieval English literature at the Free State University in South Africa, wrote the foreword to the book.  Dr. Raftery noted that this anthology presents a body of poetry hitherto practically unknown and uncommented upon in literary histories - in the main, that of North American nun-poets of the 1920's to the 1950's. Their literary work, however, if disseminated at all, generally saw the light of day only in very ephemeral publications, and had thus become all but inaccessible to readers until Dr. Luky Whittle returned it to its rightful place among the writing of the modernist period in her doctoral dissertation, 'Images of Mary'. The poems anthologised represent a selection from the work of the nun-poets investigated in that study, with the addition of several nun-poets working in later decades and in other countries, including South Africa.

Dr. Raftery concluded the foreword to 'A Silence full of bells' by referring to Prior Robert Stewart's description of Dr. Whittle's doctoral dissertation as well worth the reading, since the research reflected in its pages rediscovered and made manifest a world of hope which readers never knew existed in the world of existential Angst. Dr. Raftery finalised the foreword with the words, 'Ad Jesum per Mariam.'*

A number of blog posts will be made available from 'A Silence full of bells', drawing from the book.


*The words 'To Jesus through Mary,' is written in Latin, the Italic language often used in scholarly and university works. The phrase refers to individuals in the human family (ourselves) reaching out to develop deeper relationship with Jesus, the Son of God, through knowing more about Mary of Nazareth. His human mother Mary is representative of the finest and noblest qualities of the human character; utter devotion to God and to her Child, loving parenting skills, strength of character, healthy emotions, wisdom,  practicality, thoughtfulness, prayerfulness, knowledgeability, leadership qualities and strongly developed social skills.


*Photograph was taken by Rev. Catherine. Please feel free to use the photo copyright free for any Christian, educational or spiritual purpose.
Posted by Catherine at 10:52 AM No comments: 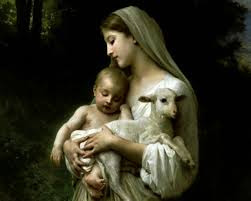 Marian praise
Mary, Mother of the Son of God, has inspired countless writings, poetry and song down the centuries.
She prophesied that she would be famous and blessed:
'Yes, from now onwards all generations will call me blessed, for the Almighty has done great things for me. Holy is His Name...' (Luke 1; 48-49).


Sister Maura SSND penned
'Come Christmas' (1944) in which honor is given to Mary. The poem is expressed in parable-style.
The poem is mainly orthodox in form and use of rhyme.

They waited for the street car,
the rabbi and the nun,
he was so old he must have known
his son's son's youngest son.
She and her companion were
description proof as far as dress,
one thought of Canterbury Tales
and Chaucer's prioress.

The car was crowded and the rabbi stood
jostled and awkward on tired feet;
she took his hand and paid his fare,
she helped him find a seat.
He murmured some deep blessing
and she bent low her head
as one who knew the value of
the swift prayer surely said.

There was a stir within the car
and man to man was not a stranger
seeing Isaiah prophesy -
and a Virgin kneeling at her own heart's manger.

Posted by Catherine at 6:54 PM No comments: 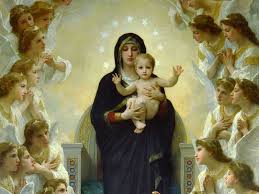 Foretold by prophecy
Mary's birth and destiny was planned by God before her arrival on earth.
Her being was foretold by Prophet Isaiah who prophesied,
'Therefore the Lord Himself will give you a sign; Behold a virgin shall conceive and will give birth to a Son, and will call Him Immanuel.'
(Isaiah 7;14).

Queen of Heaven
The Queen of Heaven was born the humble daughter of poor villagers in Nazareth, Israel.
Mary was courted by Joseph, and they announced their pledge to be married
(Matthew 1;18).
She was visited by the Angel Gabriel who greeted her as highly favored by God
(Luke 1;26).

He would inherit the throne of his ancestor King David, and would rule eternally in heaven.
(Luke 1; 30 - 33). 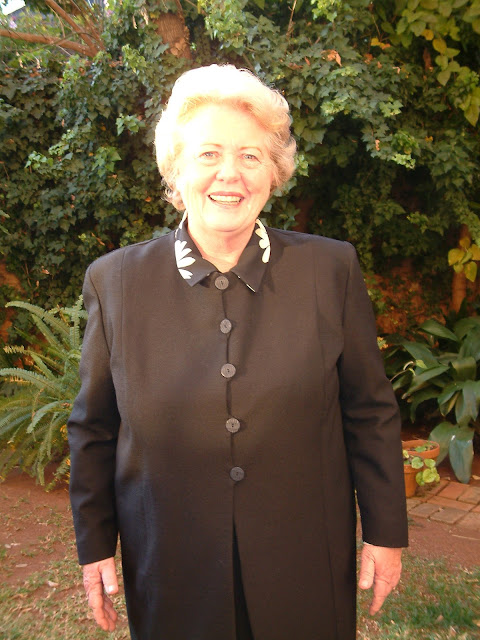 Luky Whittle Ph.D is Professor of English
and  authority on Marian poetry

Posted by Catherine at 2:02 PM No comments: