Mary of Nazareth - Patron of the Innocent


How Sacred Your Life is - Lumiere remembers Belfast 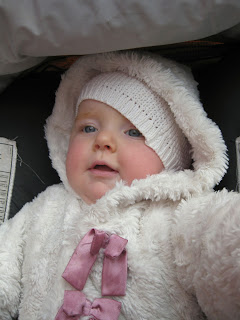 People from all parts of Ireland and from different countries made their way into the beautiful city to stand outside the premises where an abortion clinic was due to be opened today.

Fifty protesters and children in one bus alone
Lumiere Charity was invited to come to add our dedication to the sacredness of each person's individual life, gifted by God. Our one bus from Dublin brought fifty protesters and their families to the event. As we arrived, buses and cars were streaming in from all over Ireland.
So many protesters packed the pavement and road in front of the proposed clinic, with more arriving throughout the day, that the courteous and efficient police had to constantly keep moving the overflow of people to other areas such as over the road where the pavement became packed too. The police had to clear single pathways for passersby on both sides of the road through the peaceful and praying protesters, who carried placards and banners.

Many nationalities from all over Ireland
Throughout the day, I was privileged to speak with many of the protesters.
Protesters to whom I spoke were from Counties Antrim, Armagh, Down, Fermanagh. Londonderry and Tyrone, Dublin, Cork; from the UK, Dundalk and elsewhere.
Parishioners, clergy representatives of many denominations, fathers and mothers with their babies and children packed the sidewalks.
Different nationalities had come to make their protest at the proposed clinic.


'Beep for Life'
People were encouraged to beep their car horns if they were in support of the Pro-life protest.  At one stage I was on the phone to South Africa speaking to the South Africans who were holding an all-day prayer vigil for all the protesters in Belfast, when one of the praying group asked me,
"What's that deafening noise?" It was the ongoing sound of the cars registering their protest against the proposed new clinic. So many cars supported the protest that we arrived home with ringing ears from the constant noise of car horns hour after hour, as they passed our protest area.

Lumiere Charity is dedicated to equal rights for all. The basic and first right of each man and woman is the right to live out his or her personal life, once that life has been called into being.  Ireland has always been greatly admired on the international stage for her noble history of deep spirituality and respect for life.

Can you help?
Also, in the spirit of Lumiere, why not help a teenager/woman in pregnancy crisis? If a woman is considering availing of the service, it means that she is in dire need of assistance. Perhaps she cannot afford to continue her schooling or education while being pregnant, or afford other needs for the newly pregnant mother. Perhaps she needs emotional support during this vulnerable time. As a member of our global human family, let us help her to make a decision which will not have the power to haunt her in years to come, either with physical illness, possible infertility problems, regrets or emotional sadness.

If you are a counsellor, why not offer your services gratis for a period of time each week to a pregnancy crisis/group and/or helpline?

Mary wrapped Him in swaddling clothes 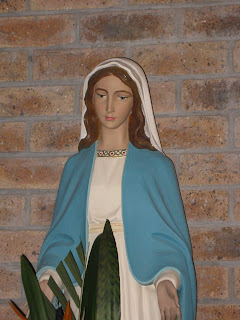 The evangelist Luke recounts the way Mary and Joseph searched in vain for an inn before finding refuge in a stable in these poignant words (II;7):

And she brought forth her firstborn Son and wrapped Him up
in swaddling clothes and laid Him in a manger : because
there was no room for them in the inn.

This stark verse depicts Mary as a woman who scorned to exhibit hysteria and distress and tackled the task at hand with the resources at her disposal, regardless of their paucity. Angels sang in the sky above Bethlehem and shepherds arrived at the stable to pay homage to the newborn King and she held her tongue, while she "kept all these words, pondering them in her heart." (II:19)

Eight days later, claiming no preferential treatment on account of Christ's divinity, Mary took Him to Jerusalem for His presentation to God in terms of the Law of Moses. The holy Simeon took the Christ Child in his arms and praised God for His gift of salvation. Simeon then forecast that this Gift was a Light of Revelation to the Gentiles. He then warned Mary, saying (II;35):

... thy own soul a sword shall pierce, that out of many
hearts thoughts may be revealed.